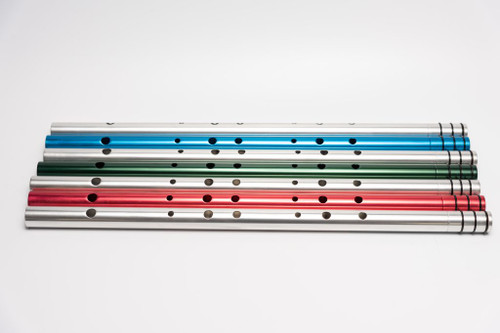 The tuneable hardwood head is combined with an aluminium body to give all the advantages of more expensive wooden flutes, but at a much more affordable price.  A great choice as a starter flute, or as a keyless flute to have in your gig bag.

The wooden head on the Silverwood flute has exactly the same embouchure hole as on the Rudall Rose flutes made by Tony Millyard and Sophie Matthews. It is crafted with the same care and precision so as to give the player the same feel of playing a much more expensive flute.

The flute comes with a simple bag and a tube of grease to keep the joint between the head and body lubricated.

More Fun with the Flute

The Musick Meeting from Chris Green