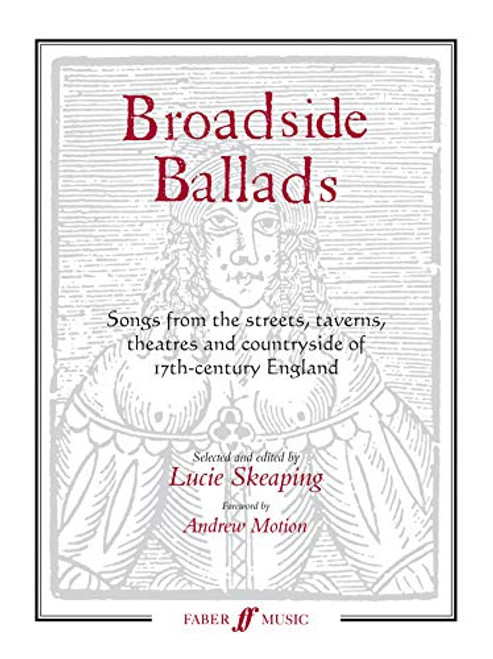 Comical, political scandalous or just plain obscene, Broadside Ballads were the pop songs of their day. Distributed up and down the land they also acted as the tabloid press, covering subjects such as the fire of London and the gunpowder plot as well as lusty tales of infidelity and royal gossip, this is a true insight into lives of ordinary seventeenth century folk. Broadside Ballads includes over seventy songs selected and edited by singer, writer and BBC broadcaster Lucie Skeaping. Many of the lyrics have been 're-connected' to their original tunes for the first time and singers of all abilities will find them accessible and fun to sing. The explanatory notes give historical context to each of the songs as well as a glossary for obscure or obsolete words and phrases making this a fascinating historical record and a rewarding anthology of some of the most delightful tunes England has ever produced. Illustrated throughout with original woodcuts. Naxos' CD release Penny Merriments ( Naxos 8.557672) includes 18 of the songs included in the book.

A Book of British Ballads

More Songs and Ballads of Ireland

Ballads and Songs of Brittany

A selection of tunes for the border bagpipes

A Little Book of Northamptonshire Songs

A Book of British Ballads